God With Us Excerpt 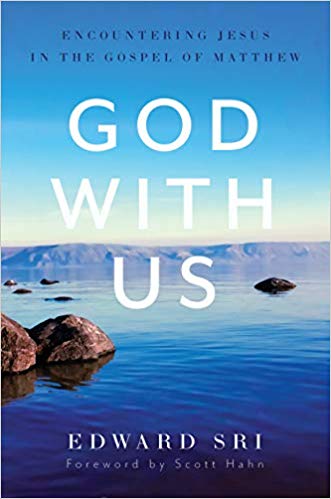 Why Jesus Began at the Jordan

The first time I visited the Jordan River—the place where John the Baptist began his ministry—I couldn’t help but think that the prophet could have chosen a much better place to launch his movement and prepare the people for the Messiah.

The Jordan River flows through a barren wilderness into the lowest point on the entire face of the earth, some 1,200 feet below sea level. To get there, crowds would have to trek several hours down through the rugged desert terrain with the hot, piercing sun relentlessly beating down on their backs.

Who would want to go all the way down there to hear John the Baptist? It seems that the capital city of Jerusalem would have been a much better site for attracting listeners. Or maybe the more populated region of Galilee. But the empty wilderness and the Jordan River basin?

Yet, for the ancient Jews, the Jordan River valley was much more than a desolate wilderness. It was the very place where they expected God to do great things for Israel again. And this makes all the difference for understanding the mission of John the Baptist and his fateful encounter with Jesus at that river.

Symbolism of the Jordan River

The Jews knew that amazing things happened at the Jordan River. This is the place where the prophet Elisha cured Naaman, servant of the King of Syria (2 Kings 5:1–14). This is where the prophet Elijah was taken up into heaven in a fiery chariot (2 Kings 2:1–10). But most of all, this river would bring to mind the most important event in Israel’s history—the Exodus.

To this day, Jews annually recall the story of the Exodus, retelling how God freed the Israelites from slavery in Egypt, led them through the Red Sea, and guided them in the desert for forty years. The climax of this drama comes when Joshua led the Israelites through the Jordan River and into the land God had promised them. It was then that Israel began its life anew as a nation in the land of Canaan.

As such, the Jordan River valley became a rich symbol for new beginnings and new life. It expressed Israel’s hopes for the future, hopes for a new type of exodus, when God would once again free his people from their pagan enemies as he did back in the time of Moses and Joshua. In fact, the prophets foretold how the desert would be the stage where Israel would return to God and their covenant would be renewed. For example, the prophet Hosea described how sinful Israel would come back to Yahweh like an unfaithful wife returning to her husband. And this spousal reunion would take place in the desert:

This is why John the Baptist called the people out into the wilderness to be baptized in the Jordan. Such an action would signal the beginning of all that the Jews had been hoping for. This was a powerful symbolic action, ritually reenacting the Exodus. Just like their ancestors, the Jews following John the Baptist went out into the wilderness, passed through the Jordan, and reentered the Promised Land. And they came out on the other side with all their hopes for a fresh start—hopes for freedom, this time, however, not from the Egyptians but from their current oppressors, the Romans. One can imagine the great enthusiasm and anticipation surrounding John the Baptist’s movement. It’s no wonder John had little trouble attracting so many people!

This excerpt is from Edward Sri’s book No Greater Love: Encountering Jesus in the Gospel of Matthew