Is the Immaculate Conception Biblical? 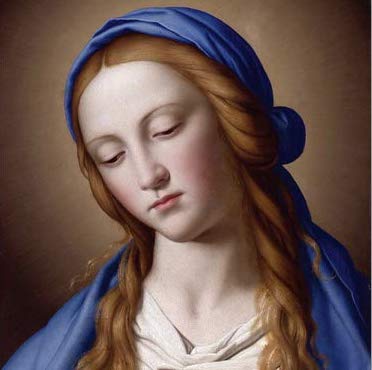 Is the Immaculate Conception just another example of Catholics exaggerating Mary’s role, putting her on par with Jesus?

But the Immaculate Conception is actually all about Jesus. In fact, everything Catholics believe about Mary is there not to focus our attention solely on her, but to help us understand and love Jesus more.

This is especially the case with the Immaculate Conception. God didn’t make Mary “full of grace” for her own sake, but to prepare her for the child who would dwell in her womb. The doctrine helps us understand the mystery of her Son better. It points to how the child in her womb is not an ordinary human child, but the divine Son of God. And how fitting it is that the all-holy God would dwell within a woman who was a completely pure vessel — a spotless tabernacle, a holy temple for the divine presence she would carry in her womb!

But is there any Scriptural basis for this doctrine?

Where in the Bible?

Take a moment and imagine the quiet life of one young Jewish woman who from all outward appearances seems to be rather ordinary. She is a virgin betrothed to a man named Joseph, and she is probably in her early teen years. She lives in a small, insignificant village called Nazareth. Her name is Mary.

Suddenly, in the midst of her simple, routine life, an angel of the Lord appears to her and says, “Hail, full of grace, the Lord is with you!” (Luke 1:28).

No angel had ever greeted anyone with such exalted language. Gabriel addresses Mary not by her personal name but with a title, “full of grace.” As St. John Paul II once commented, “‘Full of grace’ is the name Mary possesses in the eyes of God.”1

In Greek, the word commonly translated “full of grace” (kecharitomene) indicates that Mary already is filled with God’s saving grace. Indeed, God has prepared her for this defining moment. Chosen from the beginning of time to be the mother of the Savior, Mary has been shaped by God to be a pure, spotless sanctuary in which his Son will dwell. The all-holy Son of God will enter the world through the womb of a woman who is “full of grace.”

This Biblical revelation of Mary’s unique grace sheds important light on the doctrine of Mary’s Immaculate Conception, which the Church celebrates on December 8. According to this doctrine, Mary was conceived without original sin, full of grace, full of God’s life dwelling in her.

While the word “full of grace” does not definitively prove the Immaculate Conception (the word itself doesn’t mean, “you who were conceived full of grace”), it does tell us she already had a profound grace working in her before the angel Gabriel every appeared to her. The word could be translated, “you who have been and continued to be graced.”

Though some Bibles translate this word “favored one,” it actually indicates much more than God looking with favor on Mary. In the only other instance when the New Testament uses this rare verb, it describes a profound interior transformation having taken place in people’s souls.

He destined us in love to be his sons through Jesus Christ, according to the purpose of his will, to the praise of his glorious grace which he freely bestowed (echaritōsen) on us in the Beloved.  In him we have redemption through his blood, the forgiveness of our trespasses, according to the riches of his grace which he lavished upon us (Eph 1:5–8).

Notice the impact on the Ephesian Christians being graced. They are described as having “redemption” and “forgiveness of their trespasses” (1:6–7). Indeed, the verb is associated with the saving, transforming power of grace that makes Christians adopted children of God who are redeemed and forgiven of their sins.

By being called kecharitomene, Mary is being depicted as someone who has already experienced the same grace as the Christians in Ephesians 1:6 — someone who already has received forgiveness of sins and redemption and has become a child of God. It’s no wonder one of the Mass readings for the Solemnity of the Immaculate Conception is from this very passage in Ephesians 1!

Still, some may wonder how Mary could be spared the effects of Original Sin. Isn’t she human? Doesn’t she need salvation like everyone else?.

Mary is completely dependent on Christ’s work of salvation. But there are two ways one can be saved. One can be saved from a great disaster either by being rescued from it or by being prevented from falling into it in the first place. If my toddler who does not swim falls into the swimming pool, I can jump in to save her. But if I happened to notice her leaning over the pool and about to fall in, I could catch her just before she hit the water. In both cases, my daughter is saved by her father.

The same is true with how our Heavenly Father can save people from sin. He saves the rest of the human family after we have entered this world devoid of the life of God, wounded by Original Sin. But he could save an individual before being wounded by sin, by filling them with his life from the moment of their conception, by creating them “full of grace.” And that’s what the Church throughout the centuries has seen in this woman from Nazareth — that she was, indeed, conceived “full of grace” to prepare her as the holy dwelling place for the Son of God.

This article is based on Edward Sri’s newest book covering every New Testament reference to Mary: Rethinking Mary in the New Testament (Ignatius Press/Augustine Institute)