The Power of Tithing and Almsgiving 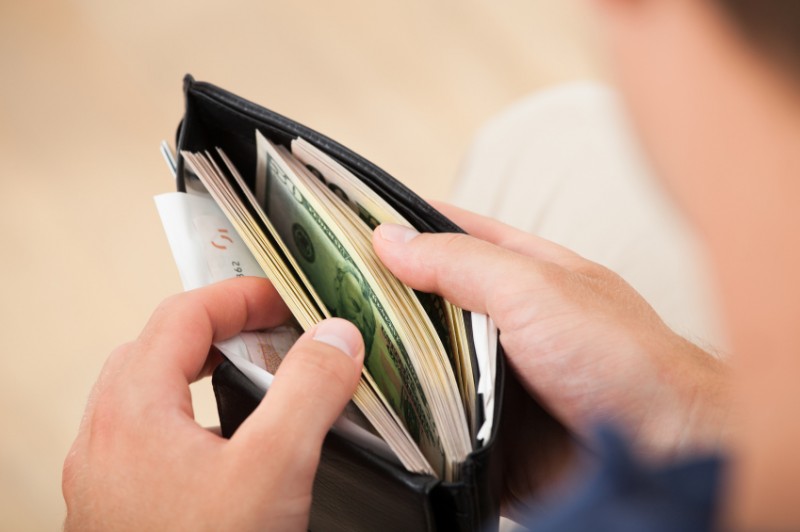 Fun taking my girls to the Father-Daughter Dance this weekend! I’m grateful for my beautiful princesses…and for taking little Elinor for the first time. I’m also grateful that our Catholic school sponsors this each year for our families. Josephine injured her foot at a basketball game earlier that day, so she unfortunately couldn’t dance on crutches, but I’m thankful the injury doesn’t look too bad, and that she was still able at least to join us for this fun night out! ... See MoreSee Less

You’re such an awesome dad!! You and your girls are so very blessed!!!!

When my family lived in Saudi due to my husband's job, I was a Girl Scout Leader and organized a FATHER DAUGHTER DANCE. I had a moment that I saw in the future when my husband would be dancing with our daughter at her wedding.

Beautiful family! You are blessed!

Awesome!!! You guys look amazing. I hope she recovers quickly. Today I learned of an amazing blessing: you are coming to St Mary Magdalene in Simpsonville, SC. God willing, will meet you there!!!

Such a special event. Beautiful girls💗

Dr Sri, What a beautiful family you're blessed with!!! You're such a great teacher. Thank you

What lovely young ladies, you will always be surrounded by smart and beautiful women…and I’m sure they will keep you on your toes, in all the best ways 🥰

You are very blessed!

You are so blesses. Your princesses are beautiful!

Your oldest is your Minnie me. I had three girls close in age like that too. They are precious! Enjoy every minute. Five years after the youngest I had a son too. They are all great gifts from A loving God!!

More Dads need to do this for their Daughters! 🥰

3 beautiful blessings, for sure. Have a wonderful time!

You are a blessed family and a blessing to our Catholic Faith.

I so enjoyed your talk on the Mass on the Hallow App. Blessings to your beautiful family. ❤️

Such a lovely family!! Wonderful night for you and memories to last a lifetime!!

Josephine is smiling so she will have a hood time on participating in the school event. Love the little girls and their smiles and the proud father

Such a beautiful photo

Making meaningful and lasting memories, thanks dad for the love..

We prayed at the Western Wall—leaving our written intentions in the remaining stones of the Jerusalem Temple from the time of Jesus, just as as Pope Saint John Paul II did on his visit here. We also prayed in Gethsemane touching the traditional rock upon which Jesus prayed in His agony in the garden. And we visited Bethlehem and prayed at the sacred spot where Jesus was born. Our last 24 hours in Jerusalem were packed and full of blessings. On our way home now. Praying that the graces of this pilgrimage bear fruit in the pilgrims’ lives for years to come! ... See MoreSee Less

I wish I could go on one of these pilgrimages but my decision not to use vaccines that are based on aborted children keeps me from flying internationally. I tried twice to go to the Holy Land. The first time my brother and my mother in law were both dying and the second time I broke my ankle two months before the time set to go, both before Covid.

May all your lives be blessed more and more. In Jesus mighty name Amen

It sounds like a beautiful trip and experience! Someday I hope to experience this myself. Have a safe trip home!

Thanking God for the blessing of your heart and teaching this past week, it was such a faith and life changing trip! So grateful, enjoyed our group so much and the journey we had together and individually. Thank you from the bottom of my heart.

Saddened by the violent events In Jerusalem, but I understand better the very fragile balance that is needed among the faiths. And the fact that they live on top of each other and share the holy sites. If you speak to Adrian, tell him we’re praying for peace between his people and the Palestinian people—for once and forevermore. I would still say I felt safer there than in New Orleans where I go next to babysit.

I do hope to join you there in a future tour!

What a great trip

Matthew 6:5 “And when you pray, do not be like the hypocrites, for they love to pray standing in the synagogues and on the street corners to be seen by others. Truly I tell you, they have received their reward in full.” Maybe don't.

At the Jordan River, we renewed our baptismal promises at the place where Jesus Himself was baptized. We also did something in Jerusalem I’ve never been able to do on a pilgrimage here… We got to pray at the tomb of Jesus twice! Our group arrived to the Church of the Holy Sepulcher in Jerusalem early like we normally do, but this time, amazingly, there were no lines. We walked right up to Calvary and touched the rock upon which Jesus was crucified. And then we prayed at the tomb of Jesus, again, with very little line to wait. Many in our group were able to go right back in line and pray at the tomb a second time! I’ve never been able to get through the church so smoothly, as the line is usually an hour or two long, at least. But today our group was able to have this double blessing, as we processed through the Old City praying Stations of the Cross and then got to pray at the very place where Jesus rose from the dead. Praying at the very places where Jesus began and culminated his ministry makes the Faith very real. Jesus is not just an idea, or a teacher. He is God, who became man and walked among us, was baptized here, in this river…came to Jerusalem, and was crucified here on Calvary…was taken down from the cross and buried here at the tomb…And it was from this tomb that he conquered sin, death, and the devil as he rose from the dead to give us new life! Thank you Jesus! ... See MoreSee Less

I remember grappling for place to sit, weak in my knees I sat there as I unconsolably cried my eyes out for like 45 minutes till a priest I think it was came and prayed over me. I went solo in 2000, so it was possible! I wanna go again!!

How I wish I could go on a pilgrimage with you!

Excellent!! I hope they appreciate how lucky they are. When we were there with you in 2019 the wait was projected to be 6+ hours so the group did not go into the tomb. I have been there before, so it wasn't as much a loss for me as for some who were on their only or first trip.

Made this trip in November 2022. Such a special experience. 🙏

What an experience of a lifetime

A very beautiful and holy experience all at once and sounds perfect how awesome that we are so blessed to be Catholic to be living walking on these holy ground where our Lord God Saviour Jesus Christ's Passion and Death and Resurrection occurred.

Wow! What a spectacular blessing for you and your group. Thanks for sharing this wonderful opportunity. ❤️

Andrew Gregersen !!! I'd LOVE to do this pilgrimage with Dr. Sri someday!!!!

I was there in November and the crowds at the tomb was out the door long.

Please pray for me and my family! For healing!

Thanks so much for sharing

We head over in three weeks. How are the crowds? I was told that this summer they were very light.

How much do one of these trips cost and how does one sign up?

Sunset over the Sea of Galilee tonight. This is my favorite day of the Holy Land pilgrimage— walking in Jesus’s footsteps in his ministry around the Sea of Galilee. We prayed at the remains of Peter’s house in Capernaum where He healed so many people. We prayed at the traditional site where he multiplied the loaves and fishes. We had Mass at the Mount of Beatitudes, where he gave the Sermon on the Mount. And we ended our day taking a boat ride across the Sea of Galilee, like the disciples many times did with Jesus 2000 years ago. Seeing these sacred places in real life changes the way we read the Bible… We will always have these visuals in our minds when we hear these Bible stories in the future! Thankful for all Jesus did here in his public ministry—and for all He continues to do in our lives today! ... See MoreSee Less

A pilgrimage to the Holy Land definitely changes the way we read and hear Scripture. I’m a “crier;” so I tended to cry everywhere we went. After returning home, I think I cried at every Mass for 6 weeks. I could close my eyes and place myself right back where that particular Scripture took place. Even words of a song could start the tears flowing. We went right before Holy Week…so you can imagine what a mess I was!

Remembering this pilgrimage that my son Josiah and I shared with you in November 2019 - just before the pandemic hit! It was an incredible blessing, and I made some lasting friendships during that week. Believe it or not, Josiah turns 21 on the 18th - he was only 17 back then! I hope you are having a fabulous trip, and say hello to Leslie and Tim Wells for me! 💒🙏🏻❤️

Please … Pray for my granddaughters & grandson 🙏

Sounds like an amazing Ed, glad you were able to enjoy with family!

Thanks for sharing. So precious

Thanks you so much for sharing these beautiful photos! I have dreamed of a trip to the Holy Lands…magnificent! May God bless everyone on pilgrimage with many graces! ❤️🙏🏻

One day I will be able to make this pilgrimage!! I pray it will be sooner than later. What a blessing! Thank you for sharing

Oh how I long for a pilgrimage to the Holy Land. Dont know how it will work out as i am very feeble and cannot walk much distance due to joint pains specially the knee pain. May God's hand of protection and abundant blessings be upon those who are going and being blessed.

So meaningful, nothing compares with this trip to the Holy Land.

Reminded me of one of my pictures

Thank You for sharing

Oh my gosh. I have always wanted to go.

Wow! I have got to do this trip!

To be able to be in the Holy Land would be a game changer. But to be there with you with your knowledge of the New and O.T. would make that trip even a better understanding of the Bible and more rewarding. I have listened to many of your talks on FORMED and know how the O.T. prefectures the New Testament and how the N.T fulfills the old. Thank you for what you do get closure to Jesus and to understand our faith better.

I would have liked this trip..especially seeing everyone in coats! I can't take the heat!