My iPhone, My Precious 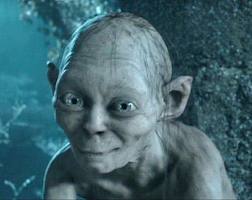 I knew my marriage might be in trouble when my iPhone didn’t even recognize my wife.

I had been practicing with my new smartphone at work and wanted to take the opportunity to show off in front of my wife, Beth. Using “Siri”—Apple’s “intelligent personal assistant” that “understands” your regular speech and can send text messages, find directions, schedule meetings, and search the web—I spoke into the phone, saying, “Siri, schedule a dinner appointment with Beth for Wednesday, June 17 at 5 pm.”

Beth looked at me with surprise. Would the phone really put our date night on my calendar just by my telling it to do so? Surely, I thought, my wife would be very impressed with my new technological abilities.

But Siri let me down. “With which Beth would you like me to schedule your dinner appointment on June 17?” the female voice responded.My wife Beth was demoted to just one of many Beths on my contact list, and Siri, the intelligent personal assistant, did not know which Beth I wanted to take out to dinner.

Smartphones: A Blessing or Curse?

I had been resisting the smartphone trend for years. Content with my simple flip phone (which my colleagues at work dubbed my “stupid phone”), I did not want the constant, easy access to email, Internet, blogs, texts, and social media to disrupt conversations and distract me from giving the best of my attention to my family, my studies, my teaching, and my God.

But when my archaic flip phone died and increasing demands in my work necessitated an upgrade, I made the leap and entered the smartphone world. And it has come with many blessings. Maintaining my calendar has been much easier. Getting directions, taking pictures, coordinating my kids’ activities, finding the nearest Qdoba, and tracking to-do lists—right from my phone—has been very helpful.

While I’m still a rookie in the smartphone world, my brief amateur experience has shown me how this useful technology also comes with a price. The way many people use smartphones inhibits them from living a fully human life.

The disordered attachment to this new technology reminds me of the ring of power in J.R.R. Tolkein’s Lord of the Rings. Consider the following parallels:

The Need to Play with our Phones

Those who possess the ring have a need to know where it is at all times and an urge to touch it, play with it, and use it. We do the same with our smartphones. Just watch a meeting at work or a gathering of friends at a coffee house. The ritual begins with people pulling their phones out of their pockets and then laying them on the table within arm’s reach. During the conversation, they spin their phones around on the surface. They twirl them in their fingers. They fidget with them some more. And if one person briefly disengages from the conversation and starts tapping his or her phone—just to check if some stimulating message arrived—many others in the meeting take the cue and do the same.

The average user checks his phone 35 times a day. But according to a Time magazine international poll, one in four mobile uses checks his smartphone every 30 minutes. And one in five feels the need to check every 10 minutes. It’s clear that their smartphones are very precious to them.

Just like the ring of power, our smartphones make us invisible to each other. In the hallway. In the elevator. At the park. At the gate for the airplane. We don’t notice the people around us, and they don’t notice us because we’re absorbed in our phones.

More than one out of three Americans admit they “almost always” use their phones while playing with their kids (35%), eating at a restaurant (36%), and at parties (37%). In our desire to remain constantly connected to others through our smartphones, we become disconnected from the real people God has placed right before our eyes. It’s as if we’re invisible to each other.

But it’s more than distraction. Sometimes there’s even a willful desire to remain unseen. Young people have told me that when they see someone approaching whom they want to avoid, they quickly pretend they are doing something urgent on their phones, wanting to appear very busy and hoping the person will stay away. “With my phone I can disappear whenever I want to avoid awkward situations,” one college student told me. Sounds a lot like Bilbo and the ring.

“Gollum was cursing and wailing away in the gloom . . . scrabbling here and there, searching and seeking in vain.”

Remember Gollum’s panic when he realized he lost the ring? That’s how many people feel inside when we they think they might have misplaced their smartphone. They drop everything to retrace their steps and desperately search every possible place it might be.

We have a need to know where our smartphone is at all times and if it’s not in our “pocketses” during the day or by our bedside at night, we are terrified. Some might say they worry about losing their contacts, pictures, lists, and reminders. But all that data can be backed up and easily retrieved, so I think there’s something more to it: We believe we can’t live without our smartphones.

A Harvard Business School study found that close to half (44%) of managers and professionals who are smartphone users said they would experience “a great deal of anxiety” if they lost their phone and couldn’t replace it for a week. A TIME magazine international poll found that one out of three mobile users felt anxious without their phones for even a short period of time. Eighty-four percent of respondents feared they couldn’t go a whole day without their smartphone! It’s alarming how much of our identity, security, and lifestyle is tied to one small device.

More Human or “Thin and Stretched”?

“A mortal, Frodo, who keeps one of the Great Rings, does not die, but he does not grow or obtain more life,” Gandalf explains to Frodo. The ring makes a person “restless and uneasy.” Gandalf notes how the ring made Bilbo “thin and stretched” —“A sign that the ring was getting control.”

Not too many years ago I could take my kids to a park and find other parents really playing with their children and conversing with the other adults. Seeing parents pushing a swing or catching a child at the bottom of a slide was common. Parents also engaged in friendly small talk with each other. But now, many parents at the park seem to be absorbed more in their smartphones than in their kids. And they don’t converse with the other adults as much as they connect with people far away through texting or social media. Kids who want their parent’s attention (“Look at me dad!”) often only get a half-hearted cheer from the parent, who keeps stroking his phone and doesn’t even look up.

The distracted smartphone-toting parents not only fail to give their children the best of themselves, but also put their kids in physical danger. Just last weekend I saw a dad walking into a park with his four-year-old boy on a tricycle. It was clear the boy did not know how to steer correctly. Traveling on the downward sloping sidewalk, the boy swerved back and forth and almost crashed into a trash can. The dad, meanwhile, didn’t even seem to notice. He just kept tapping on his smartphone as if nothing had happened, seemingly unaware of his son’s near miss.

It’s no wonder the number of ER incidents for children is on the rise since 2007, after nearly three decades of decline. Many experts are blaming smartphones for creating negligent parents.

In sum, smartphones might make us more efficient and more connected, but human beings are made for more than productivity and social networking. We are made for friendship and to contemplate the true, the good, and the beautiful.

When we spend hours each day staring into small screens, it keeps us from living a fully human life. Trapped in an endless quest for that next stimulating message, for the latest news, or for that feeling of being socially connected (however superficial that connection might be), the compulsory smartphone user loses something of his humanity. Living ever more in the smartphone world than in the real world, he becomes, like Bilbo over time, “thin and stretched.”

This entry was posted in Lay Witness Magazine July/August 2013 by Edward P. Sri.