The Meaning of the Transfiguration: The Glory of Humility 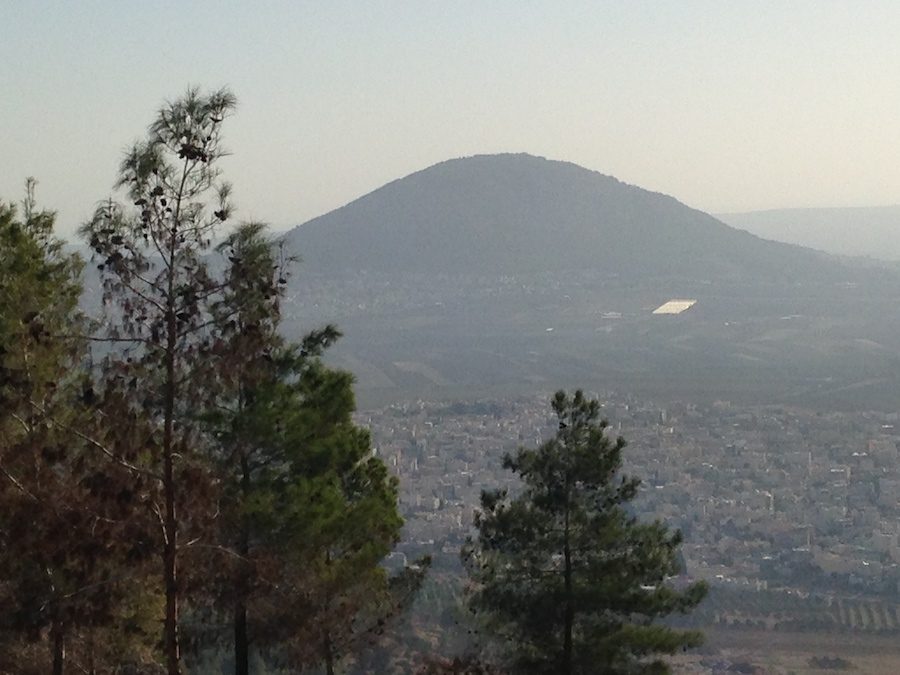 At the transfiguration of Jesus, a heavenly voice said, “Listen to him.” In those three words, we can find a profound application point for our lives.

Throughout Christ’s public ministry, the fullness of Jesus’ glory remains unveiled.  But on the mount of the transfiguration (see photo of Mt. Tabor on the left), Jesus allows his inner circle of apostles—Peter, James and John—to witness his face shining like the sun, his garments becoming a dazzling white, a bright cloud suddenly overshadowing them and heavenly voice saying, “this is my beloved Son with whom I am well pleased; listen to him” (Matt. 17:5).

The three apostles fell on their faces in awe.

What is the meaning of this spectacular display of Christ’s glory?

Consider the context of this scene. Just before the Transfiguration, Jesus finally told the apostles what they had been hoping for all along. He confirmed that he was the messiah, Israel’s anointed King (Matt. 16:16-20).  He immediately, however, made it clear that his kingship was not about worldly glory and power. His royal mission would take him to die on Calvary: “Jesus began to show his disciples that he must go to Jerusalem and suffer many things from the elders and chief priests and scribes, and be killed, and on the third day be raised” (Matt. 16:21).

You can imagine how shocking this must have been for the apostles to hear.  That’s not the way most people expected a kingdom to be built!  How could Jesus really be Israel’s messiah-king if he were to suffer such a horrible death at the hands of their enemies?  What kind of a king is that? Peter expresses this point, saying, “God forbid, Lord! This shall never happen to you!” (Matt. 16:22).

Now, six days after this discussion, Jesus goes up a high mountain to be transfigured. By revealing a glimpse of his glory right after foretelling his suffering in Jerusalem, Jesus underscores how His glorious kingdom will be established through sacrifice. Humility and divine glory go together. The suffering messiah really will be the exalted king.

The apostles, however, had doubted Jesus’ words about his own humiliation. How could the cross be the way to the kingdom? That’s, in part, why the heavenly voice tells the skeptical apostles, “Listen to him.”

Like the apostles, many of us, also, don’t really believe that humility is the true pathway to happiness and heavenly glory.  We know that Jesus emphasized the importance of humility: “The last shall be first….Blessed are the poor in spirit….whoever is humble like a child will be first in the kingdom of heaven….” But we live as if these teachings have no bearing for our lives.  Instead of seeking out opportunities to practice littleness, deference, and sacrifice, we continue to grasp for gain, praise, appreciation, power and control.

The heavenly voice of the transfiguration, therefore, pleads with us today to take Jesus’ words about humility seriously. The little way of humility really is the path to true fulfillment and heavenly glory. “Listen to him.”