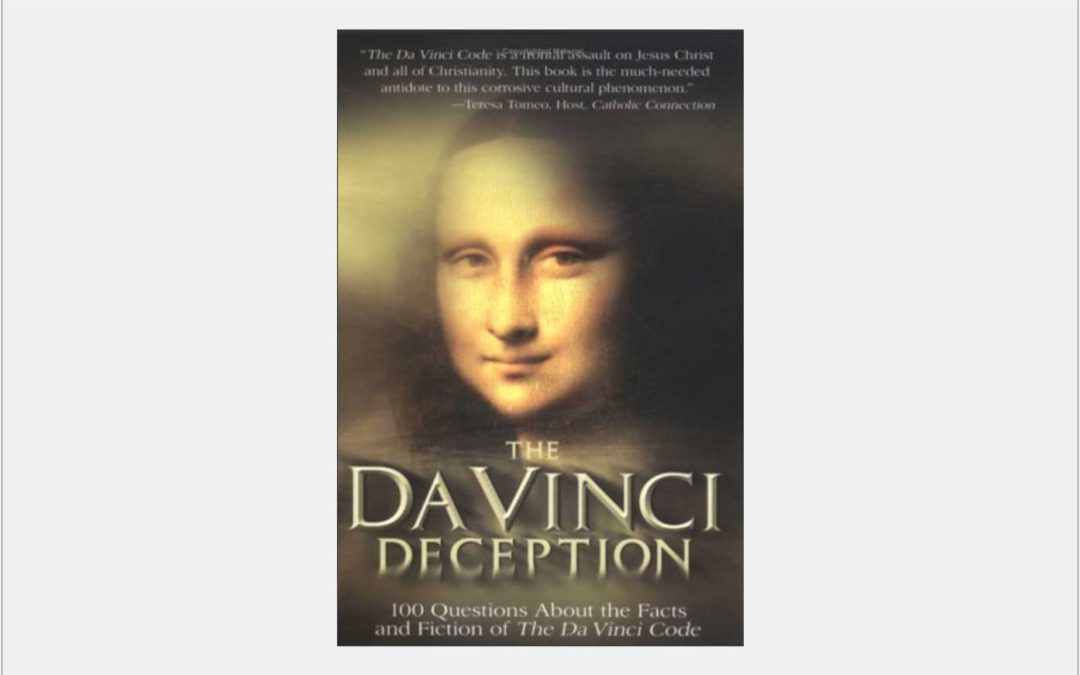 Why has The Da Vinci Code sold tens of millions of copies worldwide? Is the book’s phenomenal success due to its compelling characters, thrilling plot points, or impeccable research? No. The Da Vinci Code has become an international hit because of its lurid prose and its sensationalistic—even blasphemous—claims regarding the “true” history of Christianity. In the end, it is nothing more than a thinly veiled assault on the person of Jesus Christ and His Church. Millions of people, who are not experts in history, art, theology, or archeology, are being led astray by The Da Vinci Code’s fraudulent assertions and invented history. On May 19th, The DaVinci Code will be released as a major motion picture. Film critics have predicted it will be one of the year’s biggest blockbusters. The Da Vinci Deception is a powerful antidote to the spiritual poison found in The DaVinci Code. This easy-to-read, question-and-answer book tackles the key errors in this devastating cultural phenomenon. It is the perfect giveaway to family, friends, parishioners, and anyone that may be in danger of having their faith in Christ and His Church eroded by the mockery of Truth that is The Da Vinci Code.